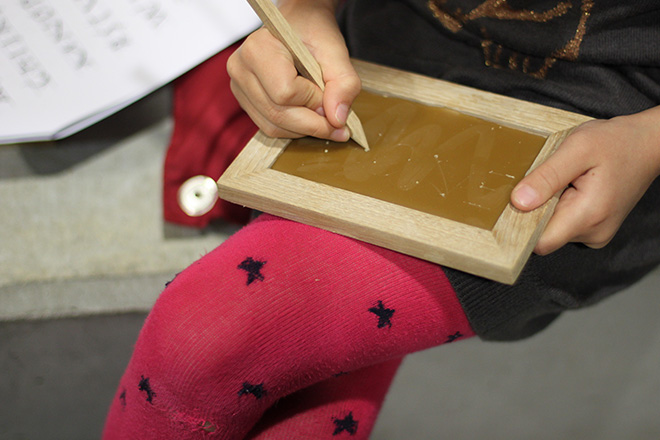 Explore the world of Roman children. Count like them, write like them (on wax tablets) and play their games, including Roman nine men’s morris (a strategy board game) and knucklebones. You can even build a Roman temple, villa or tanks using Kapla planks.
(Tuesday 12, 19 & 26 February and 5 March at 3PM)

Find out which plant was used to make ropes in the olden days, and learn about centuries-old rope-making techniques! Try out the rope-making machine and take home a piece of rope as a souvenir!
(Thursday 14, 21 & 28 February and 7 March at 3PM)

After a short observation of various old and new pulleys, the children will take part in a classroom-based handling workshop, to lift 10kg weights using 4 different systems! Which will be easiest?
(Wednesday 13 and 20 February at 3PM)

Budding archaeologists and their parents can learn about archaeological excavation methods. If the weather is suitable, the workshop will be followed by a tour of the Plomarc’h archaeological site (ancient garum tanks).

* The moored museum boats are closed during winter.

Your ticket for the: Holiday Activities