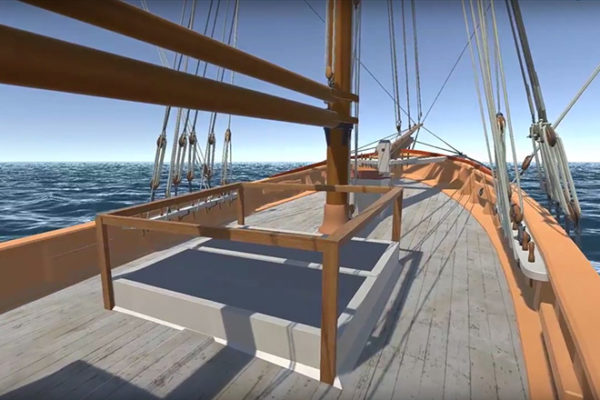 Anna-Rosa was built in 1893 in the Norwegian fjord of Hardanger. In the early 20th century, like almost 2000 other Norwegian galleasses, this robust, sail-powered coaster was used for roe* and dried cod trade all over Europe. Roe trade, which was particularly active in Douarnenez, led to close connections with the port of Bergen. Up to the start of the 1960s, Norwegian ships and crews often came to Douarnenez, and traders established themselves in the town. A vice-consulate was even created, and remained in existence until 1972.

Anna-Rosa, after being used for coastal shipping, was equipped for leisure use in the 1970s, and underwent various modifications to its structure and rigging. It was acquired by the Port Museum in 1991.

Today, there are only around ten of these galeasses still in existence around the world, but most have undergone significant transformations. This gives Anna-Rosa enormous heritage value, particularly in Douarnenez, where memories of these ships are still very much alive.

* Cod eggs were a very popular bait among sardine fishers.

See the 3D scan of Anna-Rosa

Your ticket for the: Anna-Rosa, Norwegian coaster