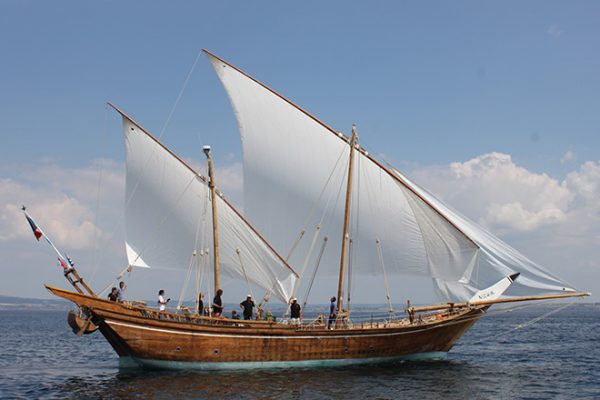 On 25 June 2014, Nizwa, an Arabic dhow, arrived at the Port Rhu in Douarnenez. This private boat has since been part of the Port Museum’s moored collection.

Nizwa was built at the Sur shipyard in Oman in 1992. Measuring 25 m long, it is one of the last examples of the sail-powered coasters used for millenia for trade in the Indian Ocean.

In 2004, it was purchased by Jocelyn Pierre, who sailed Nizwa to the Mediterranean and to Port Napoléon via the Red Sea in August 2012. In this port, Nizwa was fully restored over a two-year period, before coming to Douarnenez.

Your ticket for the: Nizwa, Arabic dhow