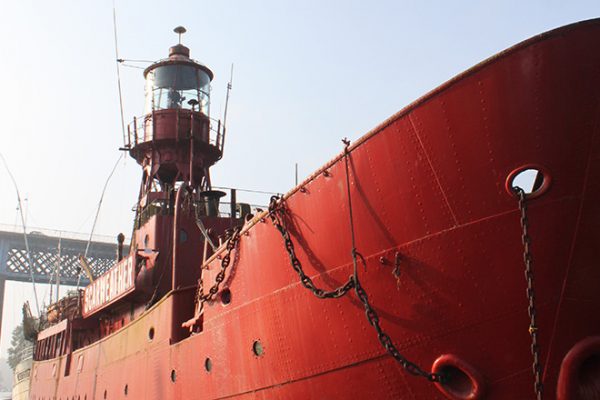 The Scarweather was built in 1947 by the Philip & Son shipyard in Dartmouth (Great Britain) for Trinity House (which provides lighthouses and navigational aids). At 41 m long and 7.5 m wide, with a draught of 3.9 m, it weighs 534 tonnes.

Lightships (or lightvessels) were used to signal difficult passages to other ships, for example sandbanks or channels: places where lighthouses could not be built on a rock above the surface or on a shore.

The Scarweather belongs to the last series of post-war lightships. It was retired from service in 1989. Its final anchorage point was Scarweather Bank at the entrance to the Bristol Channel, in Swansea Bay (Wales).

The imposing red hull is immediately identifiable to visitors, who recognise the light, the radio antennas and the helicopter platform.

For safety reasons, the Scarweather is not open to visitors.

Your ticket for the: Scarweather, lightship